About The Artist:
David Irving is an New Zealand based artist specialising in Automotive artworks but also producing Military History, Aircraft, and portrait work.

David is a self taught realist using mostly pencil for black and white images and water colour for colour paintings. He also uses other medium but relies on water colour to make him more careful as the artwork needs to be planned well ensuring the best outcome.

David has been painting for the last 10 years with many works being displayed in Gallery’s, Museums, and Classic car related business’s. His works sell all over the world with many original paintings finding homes with collectors in Europe, England, and the United States of America. David likes to work in a traditional way but has been dragged kicking and screaming into the modern age and now uses a computer to produce his own graphics and print files from his original works.

Supported in his efforts by his wife, two daughters, and demanding Bank Manager, he has produced more than 400 original artworks with over 360 being available as Limited Edition, or open Edition prints. He loves most music prior to 1980 and usually can be found in his studio listening to British comedy radio shows. When not painting David’s time is taken up as a Volunteer Firefighter, his classic Ford Anglia and his daughters Mk1 Escort.

Are You An Automotive Artist? 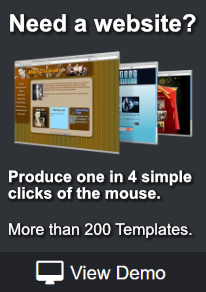 Visit NuWebHosts.com for more information about their website installer tool.